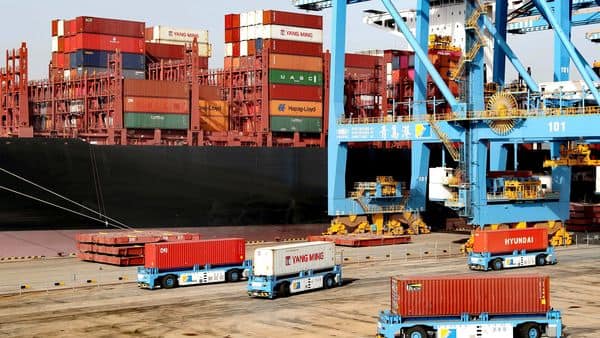 Even if the government’s initiatives such as “Make in India” and “Aatmanirbhar Bharat” have helped to reduce this dependency somewhat, it cannot be ignored that today almost all sectors are directly or indirectly dependent on China.

Here are 5 Indian companies with a huge exposure to China.

The company generates more than 80% of its sales with its subsidiary Jaguar Land Rover (JLR), which counts China as one of its most important markets.

In the March 2021 quarter, Tata Motors turned profitable as a rebound in Chinese demand boosted sales of the automaker’s luxury sports cars and SUVs.

The company’s sales in China more than doubled as the region was least affected by Covid-19. The numbers were particularly encouraging as sales grew year on year as well as quarter to quarter.

It has also partnered with a Chinese company called Chery Automobiles to make JLR cars.

VIP Industries is India’s largest manufacturer of luggage and travel accessories. The company is dependent on China for around 50% of its production.

The soft luggage segment, which accounts for a large part of VIP sales, is mainly sourced from China.

This exposes the company to a geographical concentration risk and a currency risk.

To reduce reliance on Chinese imports, VIP Industries aims to reduce supplier exposure from China from 88% to around 25%, mainly through backward integration and streamlining other supplier options.

Given the lower labor costs in Bangladesh, the company is expanding its operations in Bangladesh, which should help reduce its direct imports from China and improve its profitability.

Voltas is an Indian multinational home appliance manufacturer specializing in air conditioning and cooling technology. The company was founded in 1954 as a collaboration between Tata Sons and Volkart Brothers.

Among the white goods manufacturers, Voltas has the highest dependence on China for its compressors and controls.

The company plans to consider a joint venture with Chinese manufacturers to manufacture these components as they are expected to be more competitive.

Voltas also relies on China for interior doors, but dependence on imports has fallen from 93–94% three to four years ago to 70%.

As the company actively invests in its own interior door shapes every year, this figure would drop to 50% over the next three to four years.

Caplin Point Laboratories is a fast growing pharmaceutical company developing a wide range of generic formulations and branded products. It is mainly aimed at the emerging countries of Latin America and Africa.

The company has an office in China to source its raw materials and finished goods for import and export.

It also has a joint venture (JV) with Hainan Jointown Caplin Point Pharmaceuticals, a publicly traded distributor valued at $ 11 billion in the Chinese province of Hainan.

The joint venture will focus on trading and manufacturing various pharmaceutical products between China, India and South America for sustainable growth.

Caplin holds 39% of the shares in the company. It was agreed between both parties that all business resulting from this entity would be conducted through Caplin and / or its subsidiary.

Kingfa Science & Technology is engaged in the manufacture and supply of high-quality reinforced polypropylene compounds, thermoplastic elastomers and fiber-reinforced composites.

The company belongs to the enormously powerful Chinese company Kingfa China, which is one of the largest plastic compounders in the world.

Kingfa China holds 75% of the shares in Kingfa Science & Technology. The company’s management is also Chinese.

Kingfa Science & Tech is likely to be a major beneficiary of the trade war with China as it would mean more business for the Indian company as a lot of diversions will take place. The parent company is very optimistic about India.

As you can see from the list above, India’s dependence on China manifests itself in different ways.

Despite all efforts by the Indian government to reduce the country’s economic dependence on China, India’s bilateral trade with China rose 62.7% year-on-year to EUR 57.5 billion in the first half of 2021. U.S. dollar.

This is the highest in recent years amid the Ladakh impasse and Covid-19 pandemic, according to Chinese Customs, and suggests that decoupling may not be an easy option.

Preventing over-reliance on Chinese supply chains and China’s entry into strategic domestic sectors will help allay some of the heightened concerns.

But in order to tackle this in the long term, Indian politicians must take a more strategic look at their economic engagement with China and leave aside the somewhat tactical approach of the last few decades.

In order for India’s economic diplomacy to successfully achieve its goals with China, it must be calibrated on several levels, of which bilateral is just one. It must also include regional and multilateral measures.

(This article is syndicated by Equitymaster.com)

* Thank you for subscribing to our newsletter.

New partners announced for the Tidwell Group for 2021