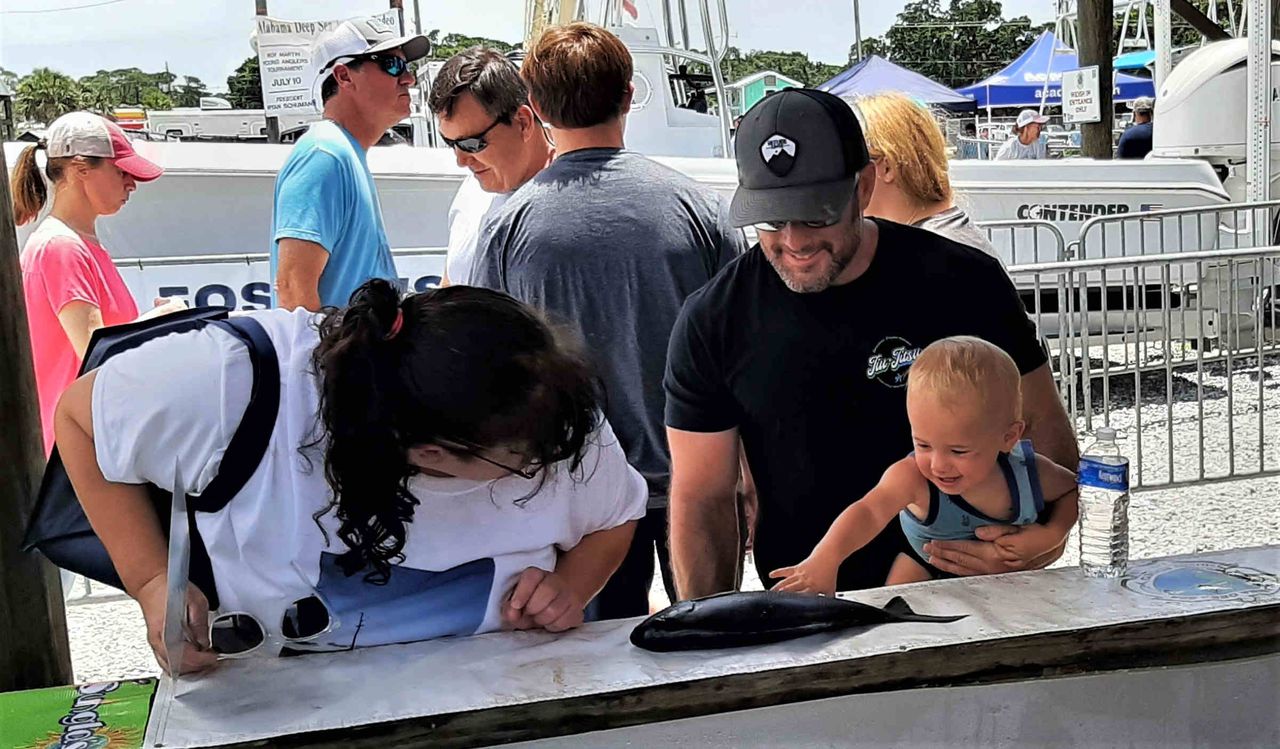 
Organizers got an early sign on Saturday that the action was going to be tough at the 88th Alabama Deep Sea Fishing Rodeo.

“It started out fantastic,” said rodeo advertising officer Mark Schambeau. “Every dock was full at 9am, we had boats lined up waiting to be weighed at 10am.”

So began the second day of the three-day tournament presented by the Mobile Jaycees, and Shambeau said it looked like it was headed for a big end on Sunday. Thunderstorms made it interesting for inshore fishermen on Friday, he said, but they wouldn’t have minded the big boats far out in the Gulf, where the water stayed relatively smooth.

“The offshore boys, when the weather is good they stay offshore,” said Schambeau. Translation: They stay on the hunt for big game and don’t come back until they have to. They arrive at the docks around 5 p.m. when a cannon shot signals game over.

However, there was still a lot to see at the weighing station on Dauphin Island on Saturday. The Ameriboat team weighed a 118 pound yellowfin tuna, which jumped straight to the top of the leaderboard in its category.

David Rogers weighed something much smaller, but just as likely attention-grabbing: One of the poisonous lionfish that has invaded Gulf ecology in recent years. By early Saturday afternoon, the prickly, wild-looking specimen was the only one of its kind brought in.

“It’s the first I’ve ever caught with a rod and reel,” said Rogers, adding that he had harpooned many. The fish was carefully examined by the Dauphin Island Sea Lab’s rodeo science team before it went into the exhibit pool – where it was kept in a separate plastic container so that no one came into contact with its poisonous spines.

At the docks early Saturday, action was constant, with a steady stream of boats arriving but no traffic jams. That will likely change on Sunday when the time for the final cannon explosion approaches.

A live leaderboard can be found at adsfr.com.

The rodeo grounds on Dauphin Island are open to the public on Saturdays and Sundays with no entry fee. The weighing station closes on Saturday at 7:00 p.m., music by The Molly Ringwalds follows at 7:30 p.m.